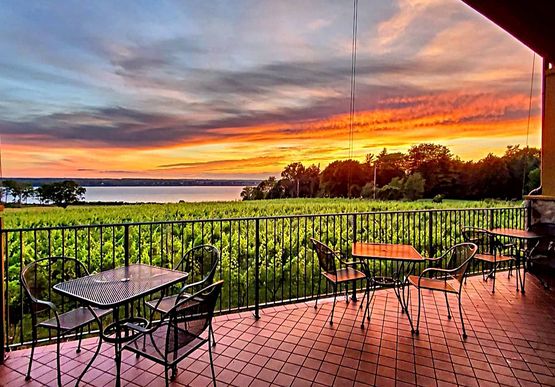 OUR WINES ARE GROWN HERE. MADE HERE. Seneca Lake is known for its diverse offering of world-class wines. Our member wineries are dedicated to producing wines that are made from grapes that are grown in the unique conditions surrounding Seneca Lake. Our tasting rooms are open, safe, and compliant with all COVID-19 related guidelines. Please review our Current Winery Offerings before planning your Seneca lake wine tour itinerary.

Watkins Glen State Park is the most famous of the Finger Lakes State Parks, with a reputation for leaving visitors spellbound. Within two miles, the glen's stream descends 400 feet past 200-foot cliffs, generating 19 waterfalls along its course. The gorge path winds over and under waterfalls and through the spray of Cavern Cascade. Rim trails overlook the gorge. Campers and day-visitors can enjoy the Olympic-size pool, scheduled summer tours through the gorge, tent and trailer campsites, picnic facilities and excellent fishing in nearby Seneca Lake or Catherine Creek, which is renowned for its annual spring run of rainbow trout. 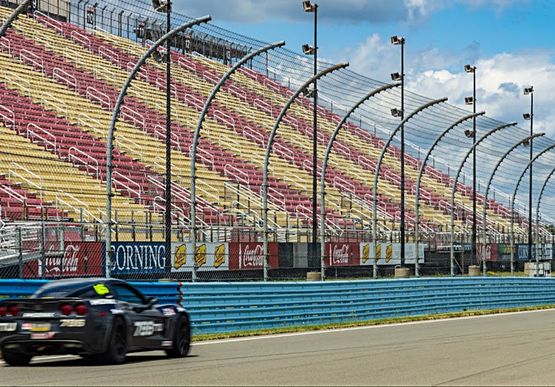 Road racing came to Watkins Glen in 1948 by way of Cameron Argetsinger, a law student at Cornell University who often stayed at his father's summer home on Seneca Lake, with the family having ties to the area since the early 1800's. Argetsinger, an early member of the SCCA, proposed an amateur road race to be called the "Watkins Glen Grand Prix" to the Watkins Glen Chamber of Commerce. Amid an enthusiastic response to the idea, Argetsinger mapped out a 6.6-mile course using mostly paved roads with a short dirt and gravel stretch, and the SCCA sanction was obtained. On October 2nd, 1948, 15 cars started the 8-lap, 52.8-mile Grand Prix, with Wayne, Pennsylvania's Frank Griswold winning in a pre-war Alfa Romeo 8C2900 coupe, closely followed by Briggs Cunningham in his famous Bu-Merc. Other prominent entrants included William "Bill" Milliken, who rolled his Bugatti 35 in qualifying, giving "Milliken's Corner" its name. Charles Addams, the cartoonist who created the Addams family, was also entered, along with Miles and Sam Collier, major figures in the history of American road racing.

Established in 1951 by Corning Glass Works (now Corning Incorporated) as a gift to the nation for the companyâ€™s 100th anniversary, The Corning Museum of Glass is a not-for-profit museum dedicated to exploring a single material: glass. Annually welcoming just under half a million visitors from around the world, the Museum's campus is home to the worldâ€™s most comprehensive collection of glass, the worldâ€™s foremost library on glass, and one of the top glassworking schools in the world.